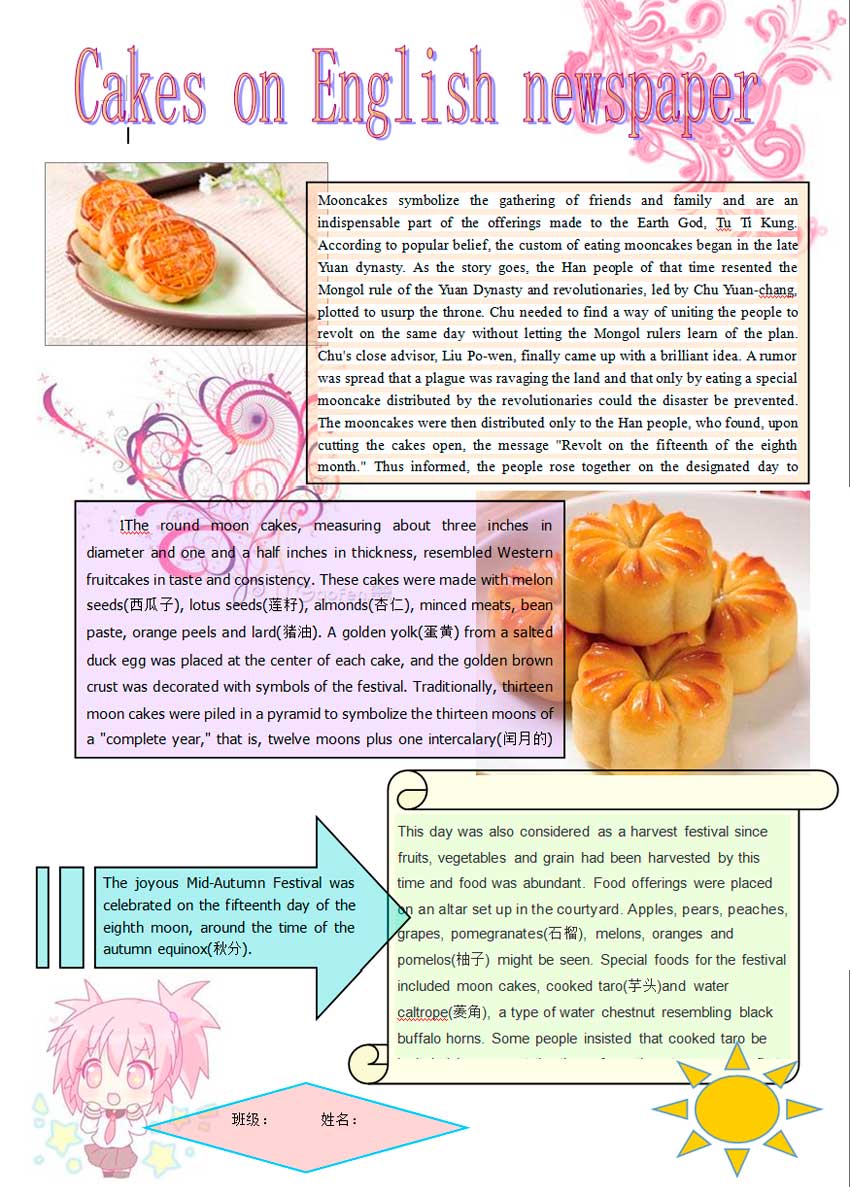 素材描述：Mooncakes symbolize the gathering of friends and family and are an indispensable part of the offerings made to the Earth God, Tu Ti Kung. According to popular belief, the custom of eating mooncakes began in the late Yuan dynasty. As the story goes, the Han people of that time resented the Mongol rule of the Yuan Dynasty and revolutionaries, led by Chu Yuan-chang, plotted to usurp the throne. Chu needed to find a way of uniting the people to revolt on the same day without letting the Mongol rulers learn of the plan. Chu's close advisor, Liu Po-wen, finally came up with a brilliant idea. A rumor was spread that a plague was ravaging the land and that only by eating a special mooncake distributed by the revolutionaries could the disaster be prevented. The mooncakes were then distributed only to the Han people, who found, upon cutting the cakes open, the message "Revolt on the fifteenth of the eighth month." Thus informed, the people rose together on the designated day to